When to Hang It Up 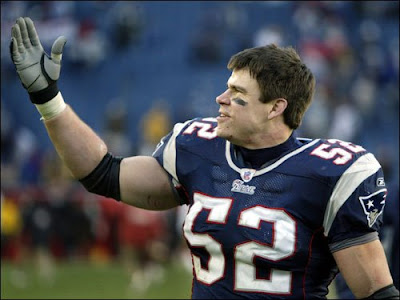 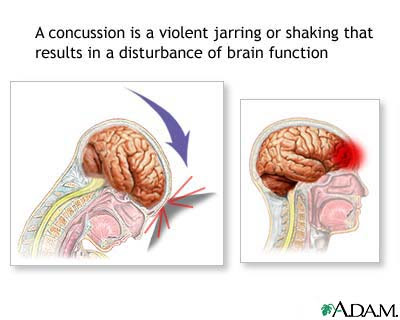 Seth Mnookin, author of "Feeding the Monster," a book about recent Red Sox history, authored an article from the May 7th edition of The Boston Globe magazine titled "When to Hang It Up." Seth tells the story of various athletes (most notably former Harvard football player and ex-WWE pro wrestler Chris Nowinksi, as well as former New England Patriot Ted Johnson dealing with their respective repetitive head trauma injuries. The article centers a lot around the "...compelling cliche: the modern day athlete as a proud and fearless warrior, always willing to sacrifice his body for a win." The cliche "resonates partly because it's true and partly because we want it to be true."

While I encourage you to read the article, a few of my favorite sections I took from the article were the following:

-As sports fans, we're ..."conditioned to think that the winners are the ones who leave it all on the field, consequences be damned." Look at players like Kevin McHale playing on what turned out to be a broken leg in the '87 finals, and of course my favorite Patriot of them all Tedy Bruschi suiting up for the Pats less than 9 months after suffering a stroke. Admittedly, it gave me chills seeing him step out on the field when he played his first game back, but not entirely because he was playing for my team again. A part of me thought, "what are the long-term ramifications of this guy coming back SO SOON?" Sure he was cleared by doctors, but as you'll read from the article (and if you understand how "sports medicine" works), medical personnel for pro teams are often forced to give the OK for athletes to play after injuries. Scary/sad, but true. There's often too much money to lose for owners, agents, players, etc... for guys to sit out.

-The article also talks about former NFL safety Andre Waters and how a doctor who studied tissue samples of his brain said it resembled "that of an 85-year-old with Alzheimer's." Waters, like many other athletes, continued to play after multiple concussions, and CLEARLY should not have. Waters committed suicide, shooting himself in the head in late 2006.

-..."Only recently has the sports world begun to collect data on major professional athletes after their playing days are over."

-Players are typically the ones who give the final thumbs up as to whether or not they are "ready to play" after sustaining an injury. Seth writes about how they should be the LAST ones to make the decision due to the adrenaline (which can act as a natural painkiller in the body) altering the quality of their decision-making. Of course they have contracts at stake (particularly in the NFL as contracts are not guaranteed like in other sports)and this is often why they force themselves back in to action when they are clearly not ready.

-Arguably my favorite quote from the article: "The benefits of being associated with professional teams are so numerous that over the past dozen years hospitals have been known to actually pay teams for the right to provide medical care." Ironically, Beth Israel won a bidding war 4 years ago to be know as the "official hospital" of the Red Sox, yet Dr. Thomas Gill and his "medical team" who treat the Sox are based at Mass. General. In other words, this confirms my belief that medicine is sadly/officially a business.


So you're probably thinking why read the article after Paul listed almost everything in it. I still recommend checking it out. Very interesting stuff from a great writer. Also, check out Mnookin's "Feeding the Monster" if you haven't already. The link for the Globe Magazine article is as follows: