We've officially reached the halfway point of 2010. I'm sure you set a goal or two for yourself at the beginning of the year. Are you at least 50% toward that goal? If not, it's time to look back and discover why you aren't there. Several pieces comprise a quality goal, and it's time you answer some questions:
There's still time to bounce back and re-establish positive behaviors to help reach your goal(s) for 2010. I assist clients every day with challenges and I'd be glad to help you. Email me (paulconnolly123@gmail.com) with your questions/concerns. Asking for help is your first step to achieving your goal!
Posted by Paul C. at 8:47 PM No comments:

A Few Tid-Bits of Interesting Information 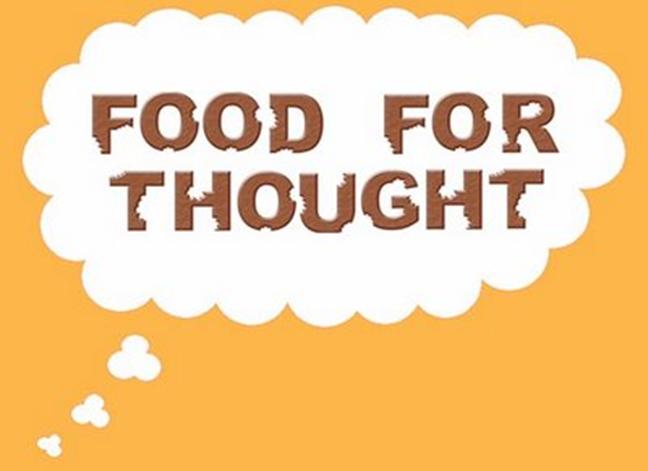 After completing a recent book I read, I wanted to share a few stats I found interesting:
Posted by Paul C. at 10:37 PM No comments:

With the "heat index" pushing 100 degrees here in Boston today, I thought I'd post a good article on water intake from The New York Times. One of my favorite points from the author was the following:
"Americans now pay a significant portion of their income on a drink they used to get free: bottled waters (nearly 30 gallons per capita a year), including gimmicky waters fortified with vitamins (and sugar) and “relaxing” herbs like chamomile and hibiscus."
Check out the complete article here: http://www.nytimes.com/2010/06/29/health/29brod.html?ref=nutrition
Posted by Paul C. at 10:24 PM No comments:


FINALLY, a former Biggest Loser contestant comes out and explains the show isn't entirely true. Frankly, I foresee NBC suing the pants off this girl for defamation. I genuinely think over the years, there will be more contestants coming out to speak the truth about NBC's highest rated show. To those who ultimately do come forward, I applaud you.
Posted by Paul C. at 1:19 AM No comments:

July Newsletter just around the corner...

One component of my July, 2010 PC Conditioning Newsletter will feature a Q&A on "Overrated Exercises." I'll break down 3 exercises I think are overrated. The above pic ("Bicep/Arm Curls") is one of them.
Posted by Paul C. at 1:37 PM No comments:

Researchers at McMaster University heard so many parents say the words "My Child Doesn't Have a Brain Injury, he just has a concussion," that they made it the title of a study they recently conducted. Found in the February, 2010 edition of the journal Pediatrics, the study revealed that children whose parents were told their son/daughter suffered a "concussion" spent less time in the hospital than those whose son/daughter were said to have suffered a "brain injury." The same children who suffered a concussion also went back to school sooner than those children who were diagnosed with traumatic brain injury (TBI).
Carol DeMatteo, the study's lead author and an occupational therapist at McMaster had the following to say: "Why don't we call it a brain injury? After all, that's what it is. We're finding that the term concussion is taken pretty lightly. Maybe we need to call it something different to make them take it seriously."
With the recent increase in focus in pro sports with concussions, I think the long-term terminology used may alter. As the study's author stated- and I agree- we may need to change how we label the injury to raise awareness and potentially increase/improve recovery time.
Posted by Paul C. at 11:50 AM No comments:

Scapular retraction is essentially the action of pulling back/squeezing your shoulder blades. So many people lack the ability to actively use their upper/mid back musculature due to limited range of motion caused by long-term static positions (i.e. sitting at a desk all day at work). Taking a few minutes several times throughout the day to practice retracting the shoulder blades has worked wonders with some of my clients.
Additionally, practicing this aforementioned retraction from a straight-arm hang position with various training modalities such as the TRX suspension system (see video above) is a great way to begin to neurologically "activate" the muscles in the mid back that assist in horizontal rowing (i.e. rhomboids and mid trapezius).
Posted by Paul C. at 10:58 PM No comments:

I've worked with a number of prenatal clients over the years and have enjoyed it. Many women, unfortunately, are not aware of some of the basic nutrition guidelines. I've been looking for a solid resource and have recently found one. Cassandra Forsythe has a great article you should check out if you, or someone you know, is currently pregnant and looking for some good nutrition advice. Check out the article here: http://www.cassandraforsythe.com/blog/Pregnancy+Nutrition+Guidelines/
Posted by Paul C. at 11:39 PM No comments:

TV is Making You Fatter Than You Think

Not only is excess screen time making us more sedentary, thus increasingly overweight, but it can potentially make us even unhealthy. How so you ask? The Journal of the American Dietetic Association researchers taped 28 days of prime-time television as well as Saturday-morning programming on the four major broadcast networks. They identified 800 foods promoted in 3,000 ads and used a nutritional software program to analyze the content of the items, comparing the foods’ nutritional values with the government’s good guide pyramid and recommended daily intake values for various nutrients.
The results were pretty staggering. If Americans ate only foods advertised on TV, a new report says, they would consume 25 times the recommended amount of sugar and 20 times the amount of fat they need, but less than half the dairy, fiber, and fruits and vegetables.
Yet another reason to limit screen time.
Posted by Paul C. at 11:01 AM No comments:

Heat or Ice that Injury?

Several athletes over the years have asked me whether it's better to apply heat or ice to an injury? Honestly, it depends upon various factors, but often it depends on how long someone has been injured. Specifically, an acute injury should not be heated as this could disrupt the necessary inflammatory process. An acute injury injury responds better with ice, as this allows for decreased swelling and proper pain management. My best advice for a homemade ice pack is a bag of frozen peas as they really conform the ankle of various bodily sites (i.e. molding to the ankle joint in the pic above).
Injuries that are chronic in nature respond well to heat, particularly before activity as this helps loose the muscles and improve joint mobility. Personally, I use heat on my should before I play basketball and it works wonders. I pair the heat (Tiger Balm) with some range of motion exercises and I'm typically good to go.
The takeaway point: Ice for the first few (3-5) days and heat after. Heat before/Ice after activity. Train hard and stay safe, working around injuries- not through them.
Posted by Paul C. at 7:16 AM No comments:

Clients, athletes, friends, etc... often ask me what some good nutritional choices are as far as post-workout, breakfast, snacks, etc... goes. I came across a good PDF handout you are welcome to print and use a guide. Of course it could be tweaked based on an individual's needs/goals, but I think it's a decent guide to utilize.
Two of the tips I like in the guide are the following:
Posted by Paul C. at 5:29 PM No comments:

While athletics are often an important part of a child's life, they sometimes can become too important. One example of this could be a young athlete who "overspecializes." That is, he/she focuses on one sport year-round. The trouble with this is that the same movement patterns are being executed repetitiously to the point where essential muscle groups may be inadequately activated. This repetitious process could lead to "overuse injury," an end result too many young athletes are experiencing in today's society of parent-driven athletics. Sadly, some of the parents want the kids to play more than the kids want to play.
To read about this topic, check out the article from this week's Boston Globe located here: http://www.boston.com/news/science/articles/2010/06/01/young_athletes_injuries_on_the_rise/
Posted by Paul C. at 4:17 PM No comments: