One of my mentors, Coach Robert Dos Remedios, recently created this video of his soccer players. In it, the athletes are demonstrating "complexes," where a traditional strength movement is followed by a power movement involving a similar muscle group/movement pattern. A couple examples of complex training could include the following:

Complexes are both challenging and fun. Give them a try.
Posted by Paul C. at 4:43 PM No comments:

http://www.t-nation.com/free_online_article/most_recent/the_tabata_method_perfected&cr=
Posted by Paul C. at 2:20 PM No comments:

A Formula for Happiness 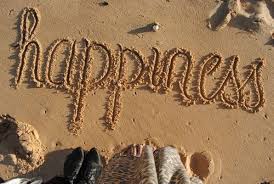 Work can bring happiness by marrying our passions to our skills, empowering us to create value in our lives and in the lives of others.

Check out the full article here: http://www.nytimes.com/2013/12/15/opinion/sunday/a-formula-for-happiness.html
Posted by Paul C. at 1:55 PM No comments:

Eating For Injury Recovery John M Berardi, PhD, CSCS Ryan Andrews, RD, MA, MS www.precisionnutrition.com
To most sport and exercise professionals, the idea that nutrition can play a powerful role in injury recovery makes perfect sense. However, when injury strikes, very few individuals know just how to put nutrition to work for their clients and athletes. So, in today’s article we’ll review the best practices for using nutrition to dramatically speed up the injury recovery process.
Injury Recovery – Step By Step
Although injuries can feel disorganized and chaotic, the body’s road to recovery represents a highly organized and well-coordinated physiological process. And, by understanding the steps in the recovery process, nutritional targets can more easily be identified.
Step 1 – Inflammation [lasts up to 4 days post-injury]
Immediately after injury strikes, the earliest response is inflammation. Damage has occurred. Injured tissues are deprived of their normal flow of oxygen and nutrient-rich blood. And cell death is initiated. Of course, during this phase, pain, swelling, redness and heat are common.
Step 2 – Proliferation [lasts from 4 days to 21 days post-injury]
Once inflammation is dampened down, the damaged tissues are removed and new vasculature is developed. Further, scar tissue is laid down to support the site of injury.
Step 3 – Remodeling [lasts from 21 days to 2 years post-injury]
The scar tissue that formed several days after the injury is degraded and replaced with stronger connective tissue. With appropriate therapeutic and nutritional intervention, this area can be as strong as the original, un-injured tissue or even stronger.
Dietary Fat and Inflammation
As the first step in the recovery process is the inflammatory stage, let’s begin with a discussion of the nutritional management of inflammation.
It’s well known that trans-fats, omega 6 fats, and saturated fats promote inflammation in the body, while monounsaturated fats and omega 3 fats inhibits inflammation. This means that during injury recovery, it’s important to achieve a better balance of omega 6 to omega 3 fatty acids. By eating fewer omega 6s and more omega 3s, excessive inflammation is dialed down and collagen production is better supported. An ideal ratio is about two or three omega 6 fats to every omega 3 fat consumed. Unfortunately, the typically North American gets about ten to fifteen omega 6 fats to every omega 3 fat consumed.
Rather than getting out your calculator to determine the ideal fatty acid balance, it’s actually best to focus on specific food choices. To this end, it’s important to increase the intake of: olive oil, mixed nuts, avocados, flax oil, ground flax, and other seeds. It’s also important to supplement


By putting these nutritional strategies to work for you and your athletes, not only will you see speedier returns to function, you’ll also see more complete healing and less frequent injury recurrence.
About The Authors
John Berardi and Ryan Andrews are part of the world-renowned Precision Nutrition team. And their work is responsible for bringing elite-level nutrition advice to both high-level athletes and recreational exercisers around the globe. For more great nutrition from Dr Berardi and Ryan Andrews, visit www.precisionnutrition.com.

I've come across several versions and explanations of the Pareto Principle, but I like how strength coach Alwyn Cosgrove explained it best on his blog recently:

"The Pareto principle (also known as the 80-20 rule and the 'law of the vital few') states that in many things, 80% of the consequences come from 20% of the causes.Vilfredo Pareto, an Italian economist is credited with it's discovery. He observed that 80 percent of the wealth in Italy (and every country he subsequently studied) was owned by 20 percent of the population. After Pareto made his observation and created his formula, many others observed similar phenomena in their own areas of expertise. Quality Management pioneer, Dr. Joseph Juran, working in the US recognized a universal principle he called the "vital few and trivial many" and reduced it to writing. These two studies have generally been combined and become nown as the Pareto Principle.
Over the years, many others observed this rule in action in very different areas - yet the 80-20 rule appeared to hold true.
The 80/20 Rule means that in anything a few (20 percent) are vital and many(80 percent) are trivial. You can apply the 80/20 Rule to almost anything, from the science of management to the physical world.
Some examples:
Relationships: Twenty percent of the people you know (friends, colleagues, family) provide you with 80 percent of nurturing support and satisfaction.
Productivity: Twenty percent of your activities will account for 80 percent of your success.
Business: Twenty percent of customers will account for 80 percent of profit (and 20% of your customers will also cause 80% of your problems!
Gardening: Eighty percent of garden peas are produced by 20 percent of the peapods.How can we use the Pareto Principle?
The Pareto principle is great to increase focus. Don't try to do more. Just do more of the right things.
For example, out of all of your negative behaviors, twenty percent of them will contribute to 80 percent of all of your hardship and misery. So working on just these 20 percent can greatly contribute to our personal growth.
Time management is another area where the rule can be very effective. If you have a lot of work to do, break it down to specific activities and figure out what twenty percent of the tasks listed contributes to eighty percent of the results you seek. Second, give your maximum concentration to those 20 percent tasks.
Also recognize that the numbers don’t have to be “20%” and “80%” exactly. The key point is that most things in life (effort, reward, output) are not distributed evenly - some contribute more than others. In fact most things are not 1:1, where each unit of “input” (effort, time) contributes exactly the same amount of output. But what about fitness training? How can we use the Pareto Principle?
Understand that training methods and exercise selection fall under the same rules - 20% of your activities are responsible for 80% of your results.In other words - if you did ten sets of deadlifts - it's likely that you would get 80% of that benefit with only two sets - the law of diminishing returns.
Big, compound exercises recruit more muscle, allow you to use more load and burn more calories than isolation exercises - build your program around them. Identify the effective 20%. For example - Rep for rep - a deadlift or a squat out-performs most other exercises - make sure they are in your program first.
A 30 minute full-body workout performed three times per week - that includes squats, deadlifts, presses and rows will easily be 80% as effective as any other routine that you can think of.
If you keep rest periods short during resistance training- the body doesn't really know that you're not doing cardio. 60s rest periods with full body workouts can reduce the need for direct cardio work.
If you do want to add cardio -minute for minute - interval training burns more calories, increases masimum oxygen uptake and increases EPOC more than steady state work- build your cardio program around interval work.
Lastly however, don’t think the Pareto Principle means only do 20% of the work needed and be happy with 80% of the result.
It may be true that 80% of a bridge is built in the first 20% of the time, but you still need the rest of the bridge in order for it to work--The Pareto Principle is an observation of effectiveness, not a law.
When you are seeking top quality, you need all 100%. When you are trying to optimize your bang for the buck however, focusing on the critical 20% is an excellent tool. See what activities generate the most results and give them your appropriate attention. With a little effort, and the application of the 80-20 rule, we can save a lot of our emotional and physical energy and concentrate on stuff that really matters."
Posted by Paul C. at 2:54 PM No comments: