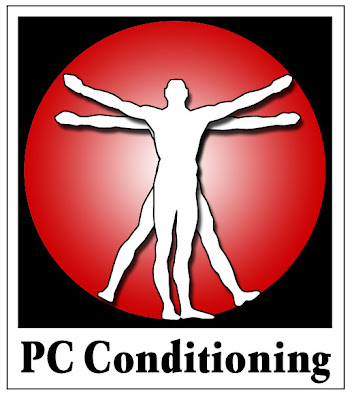 Great article here on some recent success I had in Reading, MA with their town employees:

Upload Photos and Videos                                              For Pat Iapicca, it was the combination of dietary changes with exercise – and the encouragement to track all meals and snacks – that were key to helping him lose 11 pounds during Weight Loss Boot Camp, an 8-week wellness program offered free of charge to Reading employees and their families by the Massachusetts Interlocal Insurance Association (MIIA), the town’s health insurance provider. Iapicca is one of 20 local participants who completed the program on April 1. During the instructor-led Boot Camp, participants met each Monday after work for hour-and-a-half training sessions at Parker Middle School, and were encouraged to track food intake and physical activities throughout the week. The group lost a total of 67 pounds during the course of the program – the most for any MIIA Boot Camp Program to date.
Pat Iapicca, a police officer with the Reading department for 30 years and married father of three, has lost a total of 35 pounds since he began participating in MIIA’s wellness programs five years ago. In 2008 he also completed Heart Matters, an 11-week multi-disciplinary program designed to promote cardiovascular health, and in 2010 he participated in New Directions in Weight Loss, which included components focusing on nutrition, weight loss, and relaxation through hypno-therapy.
“I love the common sense approach of all of these programs and the combination of nutrition with exercise in particular,” Iapicca said. “There is very little pressure, the approach makes sense and works out very well. Participating in something every year or so helps reinforce what works and keeps me on the straight and narrow.” Although his weight had inched up a few pounds over the last year, Iapicca noted that the recent Boot Camp helped him get back on track and down to his ideal weight.
During the Monday afternoon meetings, local participants learned to integrate both nutrition and exercise recommendations into their lifestyle to promote weight loss, improve cardiovascular fitness and increase strength. Program leaders, Sandy Sarni, a registered dietitian and MIIA’s Nutrition Specialist, and Paul Connolly, a certified exercise trainer, led the sessions – which focused on a variety of topics including goal setting, food tracking, portion control, smart snacking, and the relationship between activity level and weight loss. Participants spent half the time each week learning diet and nutrition tips, and the other half doing cardio and stretching exercises. Iapicca noted that Connolly was “really great” with showing group members how to get their heart rates up quickly and achieve the most exercise benefits in a short period of time and with suggesting ways to incorporate exercise into a busy lifestyle. “Sandy taught us proper eating habits and Paul taught us that it doesn’t have to be a three-hour workout every day,” he said. “Just incorporate walking, keep moving and keep track – it makes sense and works well.”
Reading Town Manager Peter Hechenbleikner said he is happy the town can offer opportunities such as MIIA’s boot camp to municipal employees. “Research tells us that weight control through diet and exercise are a key to being healthy, and common sense tells us that healthy employees are a key to health insurance cost containment and improved productivity,” he said. “Programs such as this boot camp help establish and maintain healthy habits among our employees to the benefit of the employees and the Town. Pat Iapicca and the other participants deserve a lot of credit for participating and carrying through on this program.”
Reading Boot Camp participants weighed in at the beginning of the program, halfway through, and again at the end. They each received a training notebook with curriculum materials, background information and resources, and were encouraged (but not required) to track food intake and exercise either manually or using a smart phone app. Each week, group members motivated each other and discussed ideas for making healthy food choices and getting on track with exercise in everyday life – such as tips for dining out and staying active despite foul weather. Post-program survey results revealed that 70% of the participants lost weight, improved the quality of their diets, and are more physically active after completing Boot Camp.
According to Sarni, the program always ends on a positive note. “Participants appreciate the support of the group and are typically sad to see it end, but are also energized to continue incorporating the changes they’ve made into their everyday lives,” she said. “When they see how we put healthy eating and exercise together, they really come to value the process, see how it works and realize they can do this. We like to instill a positive energy and enthusiasm they can carry forward.”
For his part, Iapicca plans to continue tracking meals and exercise after completing Boot Camp, and he looks forward to getting outdoors for more walks as the weather improves and to participating in a recreational volleyball league this spring. He was the only police officer to complete the Boot Camp in Reading this time, but notes it would be fun to complete a local fitness challenge sometime against the fire department.
Reading is the third municipality to complete the Weight Loss Boot Camp program, which MIIA launched last September, with two other districts currently in progress. MIIA offers the Boot Camp and other innovative “Well Aware” programs at the work site free of charge to employees and at no cost to participating towns as a membership benefit. With this program, Reading continues with its commitment to helping employees and family members adopt and maintain healthy behaviors through convenient, unique and engaging wellness programs. Over the long-term, creating new habits and making such changes can improve employees’ health and quality of life as well as lead to bottom line savings on the districts’ health insurance costs.

http://www.strengthcoach.com/Six.pdf
Posted by Paul C. at 12:48 PM No comments:

Cheri Mah
Young basketball players spend hours dribbling up and down the court aspiring to NBA stardom. Now, new Stanford University School of Medicine research suggests another tactic to achieving their hoop dreams: sleep.
In a study appearing in the July issue of SLEEP, Cheri Mah, a researcher in the Stanford Sleep Disorders Clinic and Research Laboratory, has shown that basketball players at the elite college level were able to improve their on-the-court performance by increasing their amount of total sleep time.
The study suggests that “sleep is an important factor in peak athletic performance,” said first author Mah. In the paper, she and colleagues wrote that “athletes may be able to optimize training and competition outcomes by identifying strategies to maximize the benefits of sleep.”
It’s no secret that lack of sleep can have negative consequences. Extensive research has shown the impact that sleep debt has on cognitive function, mood and physical performance. But, as Mah and her colleagues point out in the paper, very few studies have looked at the opposite: the effect that sleep extension can have on performance. And few other groups have looked specifically at the effect of sleep on athletes.
While things such as nutrition and physical training are part of an athlete’s daily regimen, Mah said competitive athletes at all levels typically do not focus on optimizing their sleep and recovery. They are usually just told to get a “good night’s sleep” before a competition.
“Intuitively many players and coaches know that rest and sleep are important, but it is often the first to be sacrificed,” she added. “Healthy and adequate sleep hasn’t had the same focus as other areas of training for peak performance.”
In 2002, Mah conducted a study on sleep extension and cognitive function in Stanford undergraduate students. By chance, several participants were collegiate swimmers and mentioned that they had beaten personal swim records during the portion of the study in which they slept more than normal. A light bulb went off in Mah’s head. “We had been investigating the effects of sleep extension on cognitive performance and mood, but I was now curious if sleep extension may also impact physical performance,” she said.
Mah began working with sleep expert William Dement, MD, PhD, professor of psychiatry and behavioral sciences, and they turned their attention to the men’s basketball team. Over the course of two basketball seasons, Mah and colleagues worked with 11 healthy players with a goal of investigating the effects of sleep extension on specific measures of athletic performance, as well as reaction time, mood and daytime sleepiness.
The researchers asked the players to maintain their normal nighttime schedule (sleeping for six to nine hours) for two to four weeks and then aim to sleep 10 hours each night for the next five to seven weeks. During the study period, players abstained from drinking coffee and alcohol, and they were asked to take daytime naps when travel prohibited them from reaching the 10 hours of nighttime sleep.
At the end of the sleep extension period, the players ran faster 282-foot sprints (16.2 seconds versus 15.5 seconds) than they had at baseline. Shooting accuracy during practice also improved: Free throw percentages increased by 9 percent and 3-point field goal percentage increased by 9.2 percent. Fatigue levels decreased following sleep extension, and athletes reported improved practices and games.
Using a questionnaire-based sleepiness scale at the beginning of the study, Mah and her colleagues also discovered that many of the athletes had a moderate-to-high baseline level of daytime sleepiness — indicating that they were carrying sleep debt accumulated from chronic sleep loss. She called this one of the most surprising aspect of the study.
“The athletes were training and competing during their regular season with moderate-to-high levels of daytime sleepiness and were unaware that it could be negatively impacting their performance,” she said. “But as the season wore on and they reduced their sleep debt, many athletes testified that a focus on sleep was beneficial to their training and performance.”
The findings suggest, Mah said, that it’s important for sleep to be prioritized over a long period of time, not just the night before “Game Day.” She called optimal sleep an “unrecognized, but likely critical factor in reaching peak performance.” She said the findings may be applicable to recreational athletes and those at the high school, semi-pro or professional level.
Mah and her co-authors noted several limitations to their study. The sample size was small and the players’ travel schedule made maintaining a strict sleep-wake schedule difficult. (Mah noted, though, that this was an unusual opportunity to study actively competing elite athletes.) It’s important to note, also, that the study didn’t focus on in-game performance: The team aspect of basketball makes it tricky to do so, she said, but future studies could focus on swimming, track and field, or other sports more conducive to examining individual performance.
Mah has already laid the groundwork for this research. Over the last several years she has investigated sleep extension in other Stanford sports teams including football, tennis and swimming. She has presented abstracts with preliminary findings on these sports that suggest a similar trend: More sleep led to better performance.
Mah now works with many of the Stanford sports teams and coaches to integrate optimal sleep and travel scheduling into their seasons and also consults with professional hockey, football and basketball teams, in addition to continuing her research. She hopes to next turn her attention to the quality, versus quantity, of athletes’ sleep.
Dement was the senior author of the study. Kenneth Mah, MD, a pediatric cardiovascular ICU hospitalist at Lucile Packard Children’s Hospital, was also involved in the research. The work was funded by the Stanford Sleep Disorders Clinic and Research Laboratory.
Posted by Paul C. at 10:33 PM No comments:

One of my fav Videos (Derek Redmond)

Are You Too Busy To Get Better? 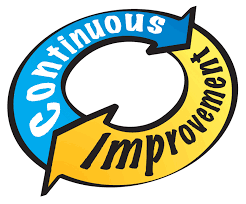